Zach Hurd started Bay Ledges in his bedroom after moving to Los Angeles from a small
town in coastal Maine in 2015. It began as an attempt to make fun, creative sounds with
no expectation. Chopped up guitar lines, playful beats and manipulated vocals created
soulful, glitchy songs with a feeling of nostalgia. The project took off when Hurd’s 2016
single, “Safe,” jumped to the number three spot on Spotify’s Global Viral Chart.
In the years that followed, Bay Ledges toured all over the US and Canada, sharing the
stage with such acts as Yoke Lore, Magic City Hippies and The Palms. In 2020 Hurd
utilized time off the road to get back to the more personal process of making music –
writing, producing and mixing his 2020 EP, New Daze. The result was a more intimate
exploration and an evolution of the Bay Ledges sound.

After the release of New Daze, Hurd packed his bags and relocated back to Maine. He
explains, “My partner Clara and I were feeling ready for a change from Los Angeles and
the idea of returning to Maine, where I’m from, was exciting. There’s a lot of nostalgia
here from my youth and coming back is like seeing everything with this new
perspective.”

Hurd is currently working on Bay Ledges’ debut album and will be releasing the first
track “Changing” on August 27th via his new label Nettwerk. He adds, “I wrote half of the
song in Los Angeles and the other half after moving back to Maine earlier this year.
Recording while we were staying with friends and renting short term apartments. Among
other things, the song’s about saying goodbye to a time in your life and relationship,
acknowledging your own growth.” “Changing” is the first step in a new chapter for Bay
Ledges. Stay tuned for more to come. 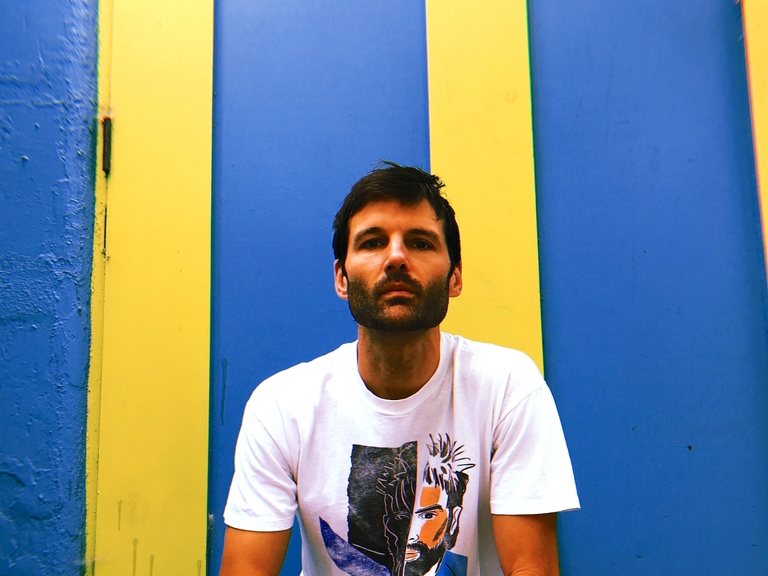 The breakthrough single from Bay Ledges, "Safe" came to life in a moment of major creative upheaval. After spending few years in New York City, musician Zach Hurd took off for L.A., got a job at a restaurant in Venice, and put his music career on the backburner. While crashing at his sister Georgia's place, he soon began writing and recording on his own as a way to reconnect with the pure joy he'd found in making music as a kid."I'd come home from work and record these songs and not really even think about releasing them, since they were so different from the heavier, more acoustic stuff I'd done before," says Hurd. "It was just something to do for fun and to explore, without ever laboring over anything. The only goal was to get out of my own way and make songs that felt good to me."Sunny yet soulful, warmly textured and sweetly melodic, "Safe" was sparked by the newfound sense of possibility that Hurd discovered in moving to L.A. "It's a love song, but there's a bigger theme of meeting people who seem in touch with the magic of creating, especially the idea of creating just to create," Hurd points out. With its heart-on-sleeve sensibility, "Safe" reveals the delicate contrast at the heart of Bay Ledges, embodying both a carefree spirit and powerful depth.In November 2016, at the urging of his sisters and friends, Hurd released "Safe" online but made no effort to promote it. Within weeks, the track landed on Spotify's Fresh Finds playlist, then shot up the Global Viral chart. "At the time I was in Williamsburg, Virginia, helping to clear out my grandparents' old house," recalls Hurd, who's originally from Bath, Maine. "Every day I'd wake up to something new. It was so surreal -- like, 'This unbelievable thing is happening, and I'm in Colonial Williamsburg and there's no one to celebrate with.'" With "Safe" drawing attention from a host of record labels, Hurd soon signed with S- Curve Records and has been preparing for the release of Bay Ledges' debut EP.Borrowing the name Bay Ledges from a plot of land his grandparents owned in the Maine woods, Hurd grew up on the Paul Simon and Beach Boys and Aretha Franklin records his parents spun at home. But while he started playing guitar in middle school and writing songs in his early teens, he mostly kept his music to himself. "I was terrified to sing in front of anyone, so I was always secretive about it," says Hurd. It wasn't until his senior year of college that he began sharing his songs with the world. "One night we were all hanging out in the dorm and one of my friends asked me to play something," says Hurd. "He was like, 'Zach, we all hear you playing in your room all the time -- just play us a song.' I remember pulling the hood of my sweatshirt down over my eyes and being so embarrassed, and then when I was done they all burst out laughing, like, 'Dude, that was amazing!' It was just a side of me they'd never seen before."After that night, Hurd began playing open-mic nights in Providence and -- once he'd graduated -- touring the country in a singer/songwriter duo. Eventually settling in New York, he then dedicated himself to developing his career as a solo artist, a venture that included winning the International Independent Music Awards' Best Pop EP prize for 2013's She Never Sleeps.Now at work on the EP from Bay Ledges, Hurd has made a point of sticking to the uncalculated approach he brought to the making of "Safe." "I used to get so focused on trying to express things in a poetic way, I'd end up not really saying anything at all," he says. "This is the first time I've been able to stop myself from self-editing in my attempt to please others." With Bay Ledges evolving from a passion project to a fully realized musical outfit (also featuring vocals from sister Georgia), that lack of self-editing has served a higher purpose for Hurd. "It's easy to get caught up in trying to come off a certain way," he says. "Making this music lets me connect with myself. Throughout the creative process, I have to check in and make sure I'm not giving in to any pressure, and just go with the songs that are coming out of me, because those are the most honest. It's difficult sometimes, but it's also so freeing and so much more fun that way."