Globe Hall Presents The Palms with Argonaut & Wasp on Tuesday, May 31st —

Started in Los Angeles, CA in 2015, The Palms have become a formidable player in today’s Independent musical landscape. With an underground modern day classic in “Push Off,” as well as an ever growing and beloved fan base and catalogue, they’ve generated 100’s of millions of streams across the globe, all while retaining 100% ownership, independence and remaining loyal to their DIY ethos.

”The Palms have shifted toward creating music that is as catchy as pop, yet melded with poignant elements of blues, hip-hop, rock, and reggae. Rothbard’s distinct vocals also invite the listener into each track, allowing the duo’s intended messages to come through while simultaneously leaving space for individual interpretations.” – Interview Magazine 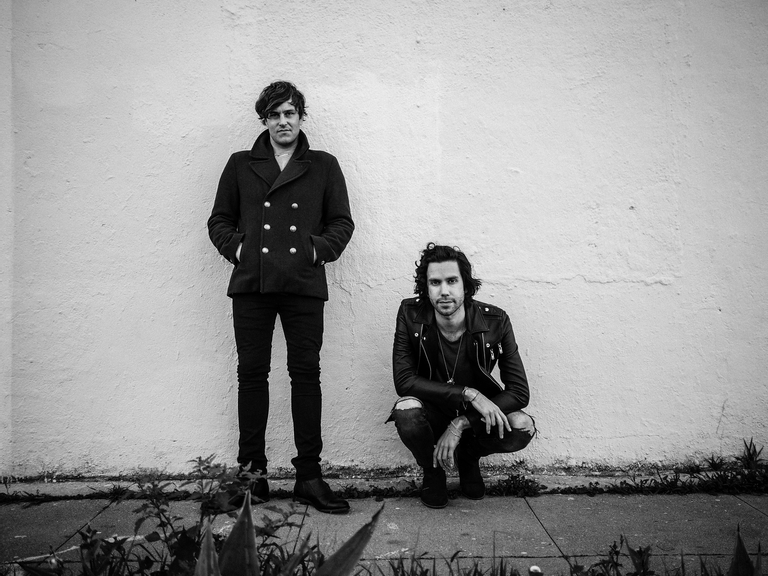 The Palms have effortlessly combined their love of ALL popular music to create a fresh, uplifting sound, resulting in the perfect soundtrack to a summer night in Los Angeles. Born and raised LA duo, The Palms bridge the gap between Laurel Canyon folk and West Coast beats to give you the modern day "LA sound." The need to make music without barriers or inhibitions is what initially inspired Johnny Zambetti and Ben Rothbard to explore artistic ideas outside of their band Terraplane Sun. Before they knew it, The Palms were born.From there, the band started to make their presence known. After reaching #1 on HypeMachine's Most Popular Tracks list, being featured in publications such as Interview Mag, and charting on Spotify's Viral UK chart, the band knew that their music was connecting with their listeners in a positive way.The quick rise of The Palms is no fluke. Their unmistakable sound, style, and songwriting has helped create their distinct place in today's musical landscape. It is the message behind their songs however, that The Palms hope will make the greatest impact. Nina Simone said it best: "How can you be an artist and not reflect the times?"